The mayor’s relatable approach to change has a well-rounded scope. He is focused on functionality of city government, adding experiences to enhance New Smyrna Beach’s culture and getting locals more involved.

The new city commission has already implemented changes regarding their meetings. In an effort to become more efficient, improve transparency and give citizens instant access, the city commission meetings will now be streamed live from the city’s YouTube channel. The public can watch from the comfort of home.

On February 18, 2019, the mayor kicked off his monthly Town Hall series hosted at the Brannon Civic Center. According to attendees, the mayor was perceived as having “an obvious understanding of city management.” The meeting dynamic also included a brainstorming session where citizens broke into groups and discussed their ideas together. Citizens posted their opinions afterwards on the NextDoor website, a free private social network for neighborhood communities.

“My takeaway from the Town Hall lecture was that the mayor has given much thought to things that can be done to improve our city,” stated Edward Gist, a beachside resident. “I liked what he had to say. In my opinion, a long overdue change was the simple reshuffling of the city commission meeting agenda now allowing citizens to voice their concerns first instead of waiting what seemed endless hours to speak at the meetings.”

Mayor Owen would also like to see local business owners form groups in different commercial areas to find out if there are specific needs to help rooted businesses grow and expand. The mayor stated he welcomes “smart commercial development.” Instead of general retailers, he’d like to see companies come in that can offer careers and benefits to locals.

The mayor’s plans for the future include necessary improvements to the local airport in order for current businesses to continue operating. He would also like to add experiences that enhance the art culture of New Smyrna Beach.

On January 30, 2019 the city hosted a ribbon cutting at the New Smyrna Beach Airport for the 2019 New Smyrna Beach Balloon and Skyfest Airshow, a spectacular family-oriented event. Owen discussed events like this can reach a broader demographic and provide residents and visitors with an enjoyable experience.

The mayor also discussed plans to focus on a local campaign to educate undecided property owners about the benefits of voluntary annexing from the county into the city. For more information on upcoming meetings, agendas and archived minutes or to contact the mayor directly, visit CityofNSB.com.

The Key to Your Closing 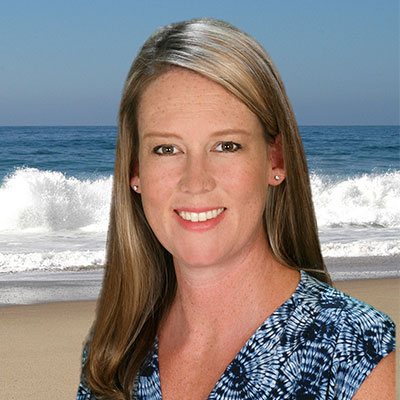